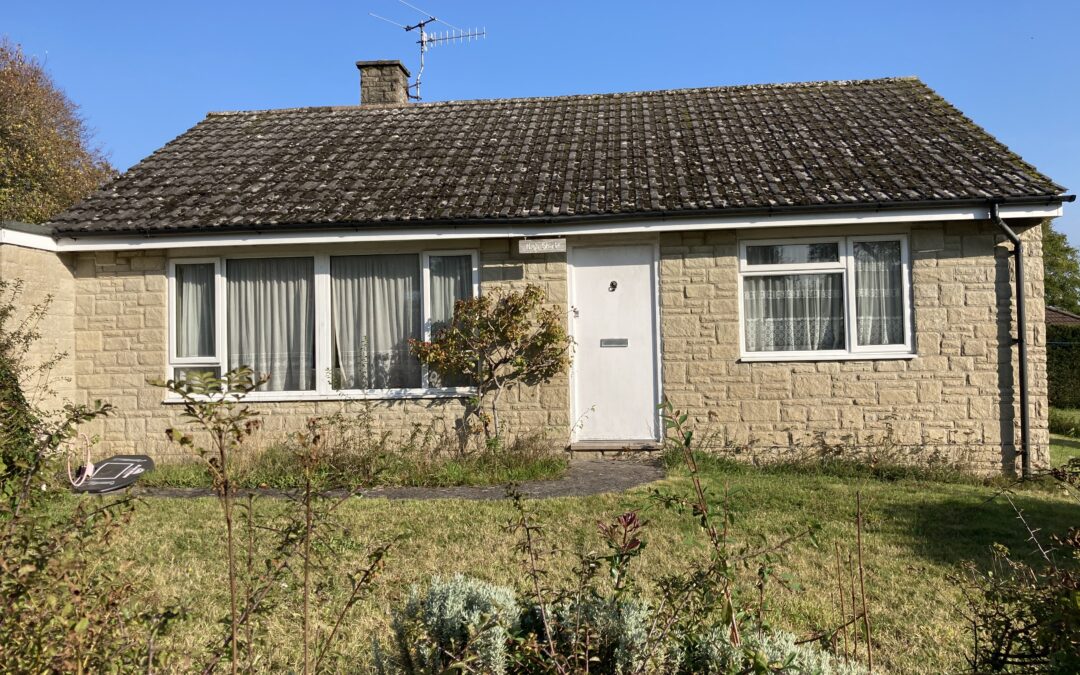 This is a quick blog post that I wanted to get written as a tribute to my neighbour and friend Margaret*, who died last week. I’m pretty sure she wouldn’t mind me sharing this short story! Here’s a bit about Margaret first, to put the ghost sighting into context.

A Little Bit of History

Margaret lived in the bungalow next to me and had been there for forty years. She was a very private person who didn’t really like to bother anyone and, as far as anyone knew, she had no family. The rumour around the village was she was an Indian princess but this was never confirmed! She was pretty non-committal about her past but I would glean interesting tit-bits here and there, especially when the corona-virus lock-down began. I stepped in to help Margaret out as she was struggling with Parkinson’s disease. I ended up spending a lot of time chatting and getting to know her better. She wasn’t one for small talk so we would delve into the heavier subjects of spirituality, religion and politics, which is fine by me!

Margaret was originally born in India in the 1930s. She told me she had met her husband in India. Cedric* held some sort of directorship with a large sporting company and they had travelled the world because of his job, living in Canada and Australia. Cedric had been a lot older than Margaret and had one day died suddenly of a heart attack while they were in England. Margaret had been devastated because they were very happy together. They had no children. Margaret felt lost without Cedric so she had returned to Canada to try and re-build a life there. It was a dark time for her as she was still struggling with grief so once again, she returned to England where Cedric’s family lived. Her brother-in-law helped her to purchase the bungalow where she lived for the rest of her life.

She told me that when she had settled in, with substantial help from her brother-in-law, and the final paperwork was complete she awoke from sleep one night. She said she saw her husband Cedric, standing perfectly still at the end of her bed. He just looked at her. I asked her if she could tell he was a ‘ghost’ and she said he was solid. Just like a real person. Margaret said that he didn’t smile but looked at her with an aura of peacefulness about him. And then, just like that, he disappeared.

Margaret told me she thought he had come to visit her, to reassure her all was well and that she should settle in her new home and was now in the right place. If this was the message he intended to convey Margaret felt it worked. She slowly settled into life in her new village and was finally able to move on from her grief.

Following the publishing of this story, two weeks after Margaret died, I was in the kitchen looking out of the window and a large white feather floated down. It’s probably just a comforting thought for me but I always think white feathers, floating down to earth, are a sign of your angels around you. Or a message from the departed to say all is well! I watched the feather float down, large and pure white. I turned to my partner and proclaimed I thought it might be Margaret, coming to tell me she was finally at peace.

He said to me, “Didn’t you see the feathers earlier?” Apparently, when I was out mowing the lawn (like you do) my partner, who had been in the kitchen, witnessed two white feathers float down in front of the window. He said one had hovered, at chest height, for a good twenty seconds. In his opinion, longer than it should have floated for.

Perhaps, since I didn’t see the feathers earlier in the day, a third one was sent to me. Was it Margaret coming to let me know she was finally at peace?!

Have you got a ghost story you would be happy to share? Get in touch– I’d love to hear it!