The History of Halloween 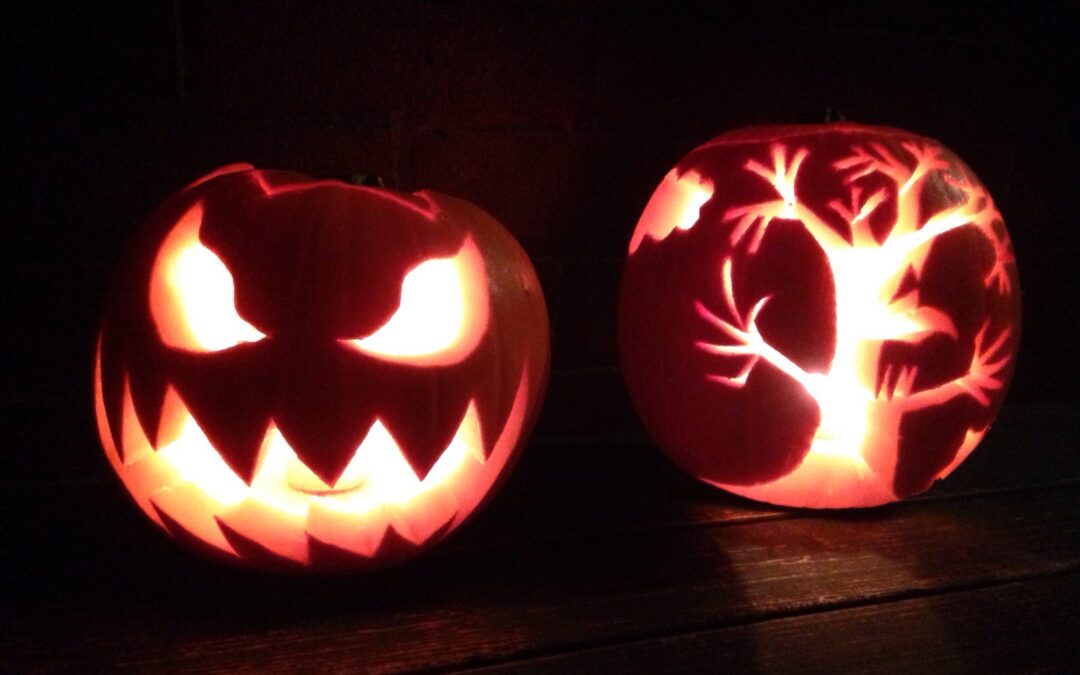 Before you head out trick or treating, there’s time to remember a little of the history of halloween. Autumn is well and truly here by the time the 31st of October comes around. These days it’s all about dressing up in scary costumes, trick or treating your neighbours to get plenty of sweets and partying!

What a lot of people don’t realise is the history of Halloween stretches back many, many years to the time of the Celts and Druids. The ancient Gaelic harvest festival of Sahaim was held on the 1st November. It was a day recognising the end of the harvest and the start of winter, which was also known as the ‘darker half’ of the year. It was one of four of the main Gaelic festivals; Imbolc, Beltaine and Lughnasa.

People gathered to feast together after bringing cattle in from the Summer pastures. Big bonfires were lit to ward off evil spirits and ancient burial mounds were opened, creating portals to the ‘Otherworld’. It was the night when ghosts of the dead could return to the world of the living. The ancient Pagan Gods were left gifts of food and drink in exchange for a family’s survival through the coming Winter months. Modern-day trick or treating can be traced by to the tradition of muuming and guising. People would visit their neighbours wearing costumes to ask for food in exchange for reading out verses.

By the eighth century, Pope Gregory III decided 1st November should be All Saints Day, a holy day honouring all the saints. The traditions of Samhain remained and the day before All Saints Day or Samhain soon became known as All Hallows Eve and eventually Halloween.

The History of Halloween Rituals

Some of today’s Halloween rituals can be traced back to old games played years ago.

The Romans amalgamated their festivals with the existing Celtic festivals when they conquered the Celtic lands. One of their festivals celebrated Pomona, the goddess of plenty, who was represented by apple trees. A game played on the day involved young unmarried people attempting to bite into an apple ‘bobbing’ in water or tied on a string. The first to bite the apple was the first to be married.

The history of Halloween pumpkin carving is thought to have come from Ireland in the 19th century when turnips were carved into lamps with gruesome faces. The turnips were said to be supernatural beings who helped ward off evil spirits on Halloween. The tradition became associated with pumpkins when settlers in what would become the United States grew pumpkins more readily than turnips.

The first mention of costumes on Halloween is from Scotland in 1585 although it is thought early Celtic rituals involved wearing animal skins and bones. They represented scary supernatural or folkloric beings.

What about Halloween now?

Today Halloween has become a huge event, particularly in America. Haunted house attractions, horror films, games and books are popular year-round but particularly around Halloween. It’s a good chance to have a little spooky fun! Kids have a great time getting dressed up and filling their baskets full to bursting with sweets. Sadly, it has become rather commercialised. It’s good to remember the history of Halloween. So, when we take great delight in scaring each other, remember that many of our fun and games are linked back to our ancestors of centuries ago. Perhaps, on Halloween, the ghosts of our past can move freely through the thin veil between the living and dead, from one world to the next, joining us in our celebrations in the modern-day.