Are black cats lucky? This one was! 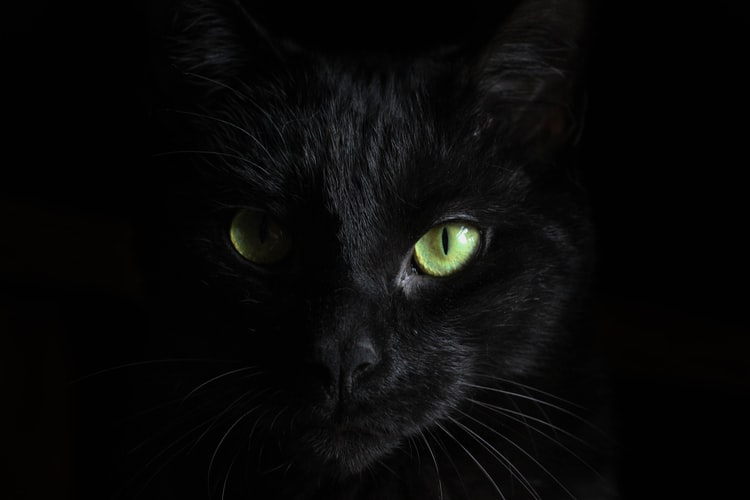 Black cats- lucky or not?

It’s only in recent years, well since the 1800’s, that black cats have been perceived as lucky. Older records show that the good fortune you may or may not receive from encountering a black cat was dependent on the circumstances of your encounter. If the cat walked towards you, it’s all good. However, if the cat crossed your path it was said to be a harbinger of evil, particularly in the morning. Men who worked in dangerous occupations, such as miners or fishermen, would refuse to go to work that day if a black cat crossed their path on the way in. Want to avert the misfortune coming your way? Some old folk tales would instruct you to spit on the ground to cancel the bad luck out.

The black cat has been associated with magical and mystical powers through the centuries. It was believed black cats were actually witches using an animal disguise. Since many people thought witches were in cahoots with the devil himself, their companions- black cats, were often tortured and killed along with their owners.

These days, black cats are no longer seen as evil. In Russia and Japan in particular, they are thought to be a lucky love charm for single women. If you find a black cat appears mysteriously on your doorstep in Scotland, thumbs up! Your luck’s in!

The black cat I am about to tell you about, did not necessarily bring good or bad luck to anyone himself. He himself happened to be the one experiencing a series of luck. At first he was rather unlucky but then his luck really did turn around. This is the story of Frankie, a black cat from Salisbury and his lucky experience during lockdown!

On the 6th April 2020, Ruth and Richard Clarke who live in the middle of Salisbury in Wiltshire, began to walk the empty and eerie streets of the city, three weeks into the first nationwide lockdown. Their beloved black cat Frankie had gone missing and was nowhere to be found.

Two weeks later they happened to be walking past the Cancer Research shop and glanced at the window. Peering out, sat upon his own ‘missing’ poster that had been posted through the shop letterbox was, Frankie! Mrs Clarke was “flabbergasted” to see her own cat looking at her.

Luckily, they managed to get hold of the shop’s keyholder. Whilst waiting for them to turn up they posted cat treats to Frankie through the letterbox.

“And when we finally got in, he hadn’t made any mess, all he’d done was pull a load of toys off a shelf to make a bed.”

It’s thought Frankie had somehow squeezed through a small gap in the roof of the shop and fallen through a celiing tile. They were beginning to loose hope when coincidentally they walked past the charity shop at the very same time Frankie was looking and waiting.

Frankie had a full check over from his vet who said, apart from losing 25% of his body weight, he was “absolutely fine”. And, I should add, a very, very lucky cat!

Do you have a strange or unusual story to share? Get in touch with us here.