Where is Weird Wiltshire? 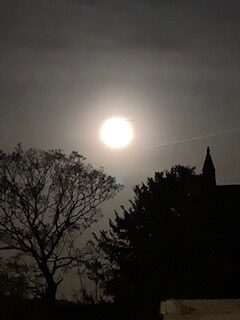 Most people probably know where the ancient county of Wiltshire is. Although, some may not! So, where is Weird Wiltshire? It’s the most easterly county in the ‘South West’ of England and is landlocked by Dorset, Hampshire, Somerset, Gloucestershire, Oxfordshire and Berkshire.

It’s a rural place, mainly made up of rolling chalk downland and farmland. There are some large towns; Trowbridge, Chippenham, Devizes and Swindon being the largest. Salisbury is classed as a city because of it’s majestic cathedral. There are many hamlets, villages and smaller towns scattered across the county with a huge swathe of open land spanning the middle. This is Salisbury Plain and it’s owned by the British Army. Access is allowed but locals know to check for red flags when heading out for a walk. Red flags equal army maneuvers which equal guns and bombs. Enter the area at your own risk!

The Quickest History of Wiltshire Ever!

Just in case you’ve been reading my other blog posts and you are interested in a little bit of Wiltshire history, let me trot you through the quickest history lesson you’ve ever had!

Once upon a time, Wiltshire was home to Mesolithic, Neolithic and Bronze Age settlements. The UNESCO World Heritage sites of Stonehenge and Avebury are two of the most famous Neolithic sites in the UK and are found on Salisbury Plain.

During the 10th century Wiltshire was part of the Saxon kingdom of Wessex, the most powerful English kingdom at the time.

The Danes turned up and plundered the area before the Normans arrived who did a bit of plundering themselves. The area remained largely agricultural throughout these centuries, with mention of lots of sheep farming.

The magnificent Medieval structure that is Salisbury Cathedral was started in 1220 and took 38 years to build. One of the four original copies of the Magna Carta is still housed in the Cathedral to this day!

During the English Civil War, Wiltshire was largely Parliamentarian and the Battle of Roundway Down was fought just outside of the town of Devizes (you can read more about the ghosts of Devizes here!)

The great and the good of the time asked themselves ‘Where is Weird Wiltshire?’ and built themselves important manor houses on beautiful country estates. These stately homes pepper the county and still stand proud today. Stourhead, near Mere, Wilton House in Wilton, Lydiard House & Park, Swindon and Bowood House in Calne are four of the largest.

The Kennet and Avon Canal was built across Wiltshire around 1800. It provided a route from Bristol to London for transporting cargoes until the building of the Great Western Railway.

Due to Salisbury Plain stretching across the county, Wiltshire has a strong military connection. Soldiers based in the county fort in the Boer War, World War I and World War II, as well as in more recent wars and conflicts.

Today the county still remains largely agricultural and is mainly arable. It’s a beautiful place with hidden gems down every country lane and in every historic town and village.

Is Weird Wiltshire Worth a Visit?

I’ve lived here for over twenty years so I suppose I am biased! In my humble opinion, it’s totally worth a visit. If your idea of a dream holiday is sitting by a luxury swimming pool in the blazing sunshine you may be disappointed. Wild nightclubs and hedonistic resorts are not to be found here so if your holiday involves serious partying perhaps you won’t be quite at home in Wiltshire!

But, if you love incredible ancient English history wherever you go, heaps of folklore and tales of old times, Wiltshire is rich in them. And lots of ghostly locations of course! Stunning views and vistas stretch across the county. Cutesy villages and hamlets with chocolate box cottages and farmhouses are scattered about. Peace and quiet awaits! You won’t be disappointed by Wiltshire.

On behalf of the residents (and resident ghosts) we look forward to welcoming you to Weird Wiltshire sometime!