The Birdman of Calne 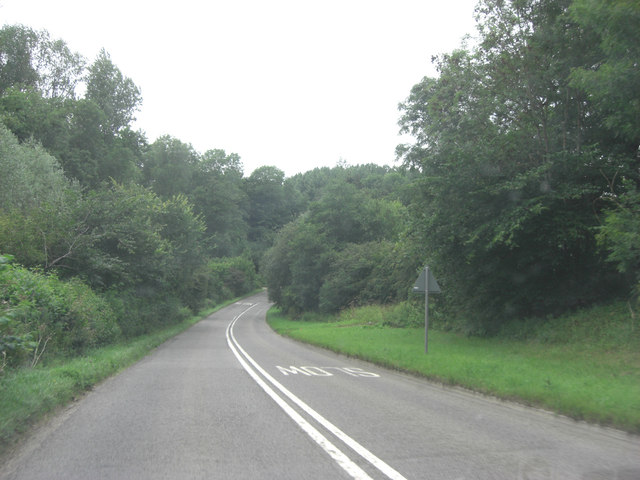 Following an article written about me in the Wiltshire Times, I received an interesting email. It went straight to the story of what sounds like a sighting of something very unusual. We’ll call it The Birdman of Calne for now. After reading the email, it reminded me of a couple of other stories I have heard before about a particular kind of cryptid.

Before I explain more about cryptids, here is the story, word for word:

“I and my friend Julian, on a July night in 2012, were driving to drop his sister off at a party. After we dropped her off, we went to drive back to his before we had to pick her up again later on.

While driving back, we were listening to music and having a good laugh until we noticed a “man” walking in the road covered in long feathers, similar to swan feathers. We couldn’t make out a face but we saw white legs covered in feathers and a body, again covered in feathers. My mate beeped and swerved around the figure while I looked back to see him. I couldn’t see anything.

In a panic of thinking we may have hit it, we turned around to go back and nothing was there. No sign of feathers, no blood, nothing! We turned back again, going even slower with the windows open and again nothing. Neither of us imagined it as we both seen the exact same thing.

We soon forgot about what had happened and only mentioned it to each other as a memory.

A few years later, we got chatting to an old friend and he said where he lived (Calne in Wiltshire) not too far from where we seen what we did. I mentioned he lived near the spooky road and he replied with, “Birdman?” This got us talking further into what we seen and it conspired that we all seen the same thing on different days.

The location:  A3102 near Whetham house surrounded by woodland.”

So, this account describes something which was not just of a humanoid form. Could it be a cryptid?

Are you wondering what cryptids are? They are unexplainable creatures or animals that don’t fit into known biological groups. They are based on legends and myths, generally. The world of science work to uncover the truth of these stories, proving them real or unreal. Many are clearly hoaxes, some are uncovered as real animals or plants and others could be animals that are now extinct.

Cryptozoologists are the people who study and look for these weird and wonderful creatures. They can be winged, aquatic or mammal type beings. Some of the more famous ones include the Loch Ness Monster (I’ll be covering that separately at a later date), Bigfoot and The Beast of Bodmin.

How do cryptids relate to this story?

There are only two other stories of cryptids that have a bird-like appearance and behaviour. One is in Cornwall and one in West Virginia in America. I’ve written a brief introduction to these cryptids and included links through to more detailed sources. I don’t want to go into too much detail here but I thought readers may want to know what they are.

The Owlman of Cornwall

If we head back to the 1970s, there are several accounts of an Owlman, supposedly witnessed several times near a church in Mawnan in Cornwall. The creature is said to have been a sizeable humanoid entity with the features of an owl. It scares the living daylights out of those that witness it. Evidence points towards it being a hoax. Probably! If you are interested, you can read more here and here.

This is quite a famous legend from America, with plenty written about it over the years. The story was even turned into a film.

Mothman was a bizarre creature that descended on the sleepy town of Point Pleasant in West Virginia in 1966, terrifying local residents with its weird appearances. Again, if you want to read more, have a look here.

Is there any other evidence?

After trawling through the internet and my collection of books, I can find no other accounts of this possible birdman.

The only other information that may or may not be related was found here, at the Wiltshire Paranormal Group’s first blog site. It’s not on the same road, I may add. But, it is in the same vicinity. Around two miles away, as the bird (or Birdman – excuse me there, I had to say that!) flies.

I suspect the group is now defunct as links to their most recent website seem to be broken. The account is concise and lacking in detail but this is what they say:

“Calne – Road along Derry Hill – White Figure – A driver and his passenger spotted a white figure in the road in front of them as they drove late at night. Their sighting tied in with a local legend about the road being haunted by a person in white…”

I decided to put some feelers out to the local media, just in case anyone else had experienced something similar. There were quite a few responses.

There seem to be many other ghostly stories connected to the town of Calne. I think I need to return to this area in another blog!

Since we are near Whetham House…

I haven’t been able to source even one photo of this place, even though it is Grade II listed. The owners must be very private! So, all I can do is tell you about a ghostly encounter of someone staying there. This information was found in one of my very old books. The extremely useful and interesting, Ghosts and Legends of the Wiltshire Countryside by Kathleen Wiltshire. It is now out of print, I believe.

During the Second World War, a man was evacuated from London to stay at Whetham House. At the time, it was owned by the Money-Kyrles family. Apparently, he was staying alone in the house and awoke to see a tall man wearing a high hat and long cloak just standing there in his room. The evacuee jumped from his bed to grapple this figure to the ground as he thought he was real. To his shock, as he grabbed for the man, he found he was grasping at thin air. The visitor asked around about what he had seen and later found out that others had witnessed this figure. It was thought to be a Russian man, killed in a dual many, many years ago.

And on the road to Calne…

I can find little information about this apparition, but there is a report of a coach pulled by six grey horses on the road to Calne at Whetham.

As always, I like to keep an open mind about everything I write about. Yes, I do have opinions! It’s hard to stay completely neutral on all matters of the strange and unusual. And sometimes I mention them, sometimes I don’t. What I am clear about is that it’s not for me to judge the opinions and experiences of other people. I am here, not to prove or disprove any account told to me, but simply to write them down, as a storyteller.

In this particular case, I think it very interesting that two men saw this ‘birdman’ and that their account was corroborated by someone else later down the line. And then, by contacting Calne News, I have discovered there may be more sightings as well as other apparitions in the same area. So, if five people have seen the birdman, have any others?

Some may say, ‘It must have been a swan!’ But then, you can tell the difference between a swan and a man, surely? And I live in the deepest depths of the Wiltshire countryside and have done for years. I have never seen a swan waddling around at night. Also, this is a wooded area. There do appear to be waterways relatively nearby where a swan may have inadvertently wandered from, but the road is not directly on the water.

Could it have been an owl? Even less likely, given the only white-feathered owls in this country are barn owls and they are generally around 30cm in height. Hardly man-sized!

Could it have been someone in fancy dress? Well, you can never say never! But what were they doing on that section of road? And on different days? It’s pretty rural, apart from the large Whetham House nearby. And how did they just disappear? This is a strange story, that’s for sure.

Do you have any extra information?

Are you a Calne resident who has seen this strange sight? Or were you travelling through that part of Wiltshire and you witnessed something you can’t explain?

I’m always looking for personal ghost stories from Wiltshire and further afield. No matter how unusual your story, you have a listening ear here! Contact me here.